At a time when our urban centres are quieter than ever before, researchers are being offered a unique opportunity to listen to the mating calls of the powerful owl and observe their behaviour.

At a time when our urban centres are quieter than ever before, researchers are being offered a unique opportunity to listen to the mating calls of the powerful owl and observe their behaviour.

The powerful owl, named so for its great size and strength, is generally found in the humid forests and semi-arid woodlands of south-eastern and eastern Australia. A combination of habitat loss and, more recently, the bushfires has led to the owls seeking sanctuary in our cities and researchers are turning to citizen science to help document the owl’s behaviour in these new surroundings.

The team of scientists at Birdlife Australia’s Powerful Owl Project are asking residents of Brisbane, Sydney, Melbourne to keep an eye and ear out for evidence of powerful owls and report the data on BirdData. For those who want to go a step further, you could even help by monitoring the owls through their breeding season. 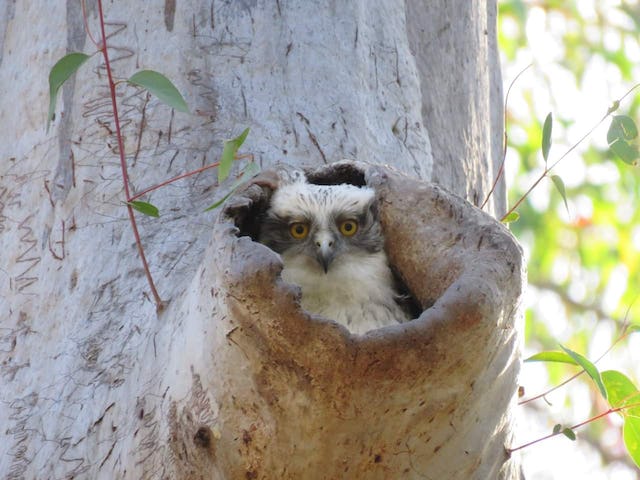 The powerful owl is a top predator and earned its name by being the largest and strongest owl species in Australia. The birds stand at over a half-metre tall, with a wingspan of around 1.5 metres and has been known to hunt prey as big as possums and koalas.

"They are the only bird in Australia that carries more than its own body weight in food when it flies," Beth Mott, conservation biologist from BirdLife Australia, told ABC News.

"We're talking about a big bird that eats big food."

Researchers hope that the citizen science project will yield critical data that would enable them to monitor the distribution and abundance of owls as well as gain insights on how to protect the birds.