The first Norfolk Island morepork owl chicks to be discovered in over a decade have survived to become fledglings in a big breakthrough for one of the world’s rarest owls.

The first Norfolk Island morepork owl chicks to be discovered in over a decade have survived to become fledglings in a big breakthrough for one of the world’s rarest owls.

Norfok Island National Park rangers confirmed the good news last week after the chicks were discovered late last year. With only an estimated 45-50 Norfolk Island morepork owls left on the planet, national staff and researchers were understandably ecstatic with the new owls and even more so after confirming they had survived this early vulnerable state.

The global population of the Norfolk Island morepork owl declined to just a single female during the 1980s, prompting many to predict their extinction. In 1989 however, she was successfully paired with one of two surviving male owls from a New Zealand subspecies. While the cross-Tasman relations were necessary to ensure the survival of the species, it does mean that all subsequent generations of moreporks on Norfolk Island will now be a unique hybrid of the Norfolk Island and New Zealand morepork owls. 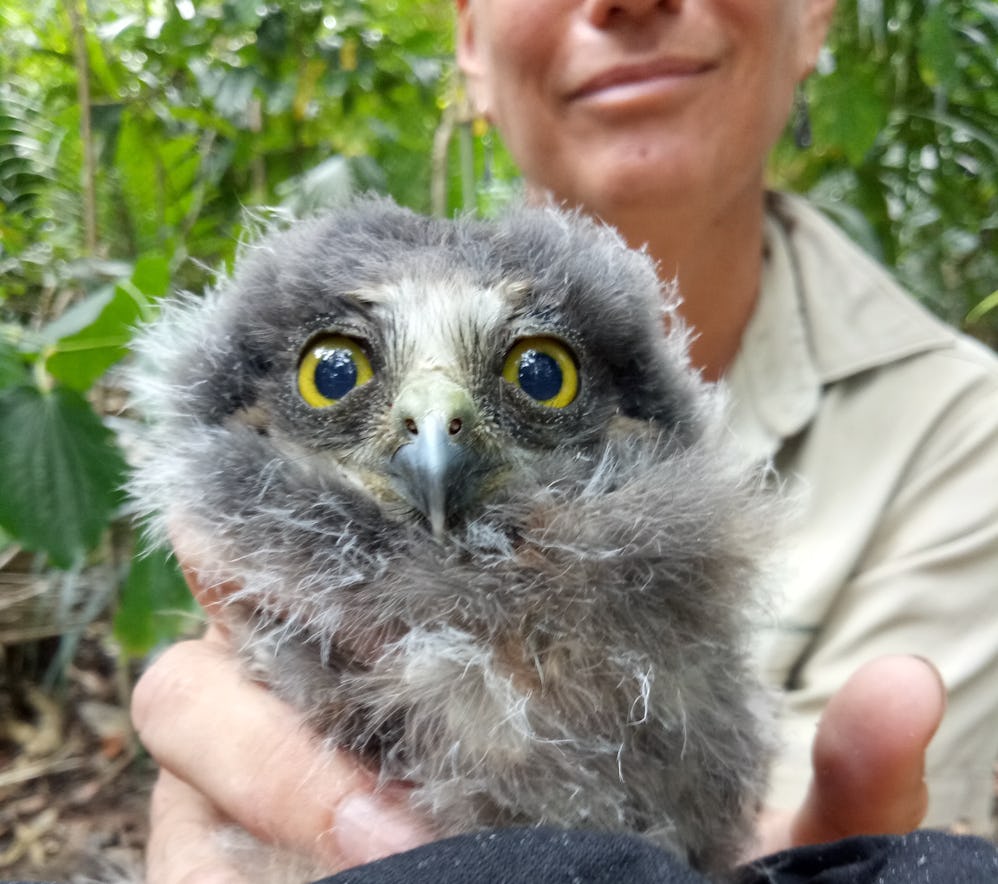 Director of National Parks James Findlay said this was significant news for the recovery of the Norfolk Island morepork owl population.

“I’d like to congratulate Parks Australia staff, Norfolk Island community members and researchers for their incredible work over the years to rebuild the population of this very rare bird,” Director of National Parks James Findlay said in a statement.

“The health of the new birds continues to be assessed and a very close eye will be kept on them as they grow and reach full maturity.”

Parks Australia staff have been working to rehabilitate the species on Norfolk Island with the local community for the last four decades. The Norfolk Island morepork owl is one of 20 priority birds currently targeted for recovery under the Australian government’s threatened species strategy.