The funniest wildlife photos of 2018

When one thinks of wild animals, it's likely the images conjured are of awesome beasts locked in a battle for survival with each other and the natural environment they live in. But what of the more mundane, or even funny, aspects of animal life that we don't see as often?

When one thinks of wild animals, it’s likely the images conjured are of awesome beasts locked in a battle for survival with each other and the natural environment they live in. But what of the more mundane, or even funny, aspects of animal life that we don’t see as often?

The Comedy Wildlife Photography Awards aims to foster interest in our natural world and highlight the importance of conserving wildlife by showing those sillier moments in animals’ lives. In this quest the competition works with the Born Free Foundation, an international wildlife charity devoted to wild animal welfare and conservation.

Founded by wildlife photographers and enthusiasts Tom Sullam and Paul Joynson-Hicks, the competition is now in its fourth year. The competition was the result of two factors: the lack of a photography competition that was light-hearted, upbeat and mainly about wildlife doing funny things, and the need to raise greater awareness on the importance of wildlife conservation. 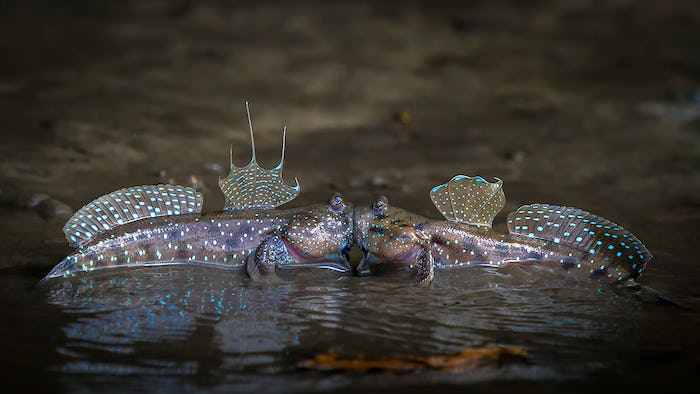 “In just three years this competition has gone from hilarious to utterly ridiculous humour – all provided to us by these fantastic animals,” Sullam said.

From thousands of entries 41 finalists have now been announced, and the group is asking for the public to vote for their favourite in the Affinity Photo People’s Choice Award. Among the top entries from this year are an acrobatic red squirrel doing the splits by Geert Weggen, a face-palming grizzly by Danielle D’Ermo and a couple of love-struck mudskippers by Sergey Savvi. 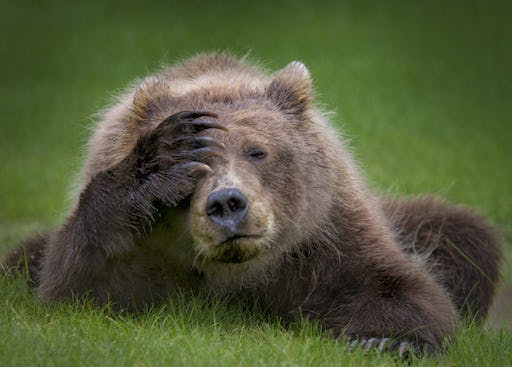 If you would like to vote for your favourite go to The Comedy Wildlife Photography Awards website at www.comedywildlifephoto.com.

Comedy Wildlife Photography Awards Vol. 2 by Paul Joynson-Hicks and Tom Sullan is out in hardback on the 4th of October and is currently available for pre-order.